The main problems of landscape design – and how to avoid them

Well beyond its decorative characteristics, landscaping brings with it biological and cultural issues that must be taken into account in the projects. However, what can be seen in most public, residential, condominium, commercial and business gardens is a series of approaches that strip landscaping away from all its attributes, reducing it to a decorative layer in construction. Then, we developed strategies to avoid the main problems of landscaping, joining aesthetics with its environmental and cultural possibilities. 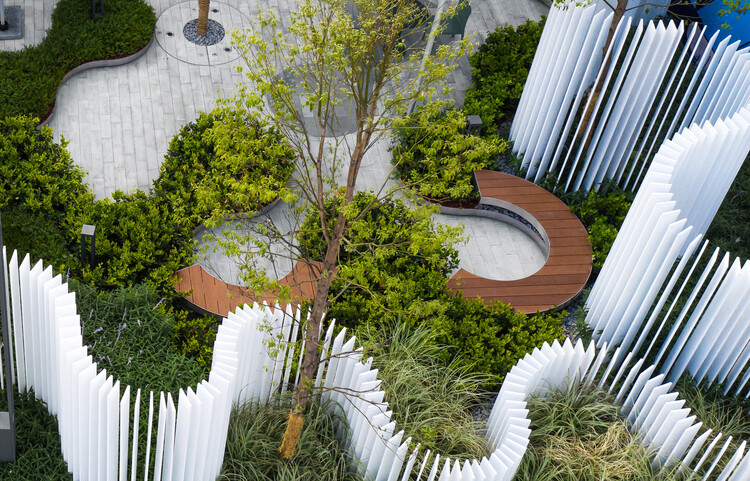 According to Ricardo Cardim, in his book Paisagismo Sustentável para o Brasil (Sustainable Landscaping for Brazil), “the usual landscape of contemporary Brazil is, in general, devoid of major environmental and functional concerns”. He also specifies that the landscape market, involving both projects and the sale of ornamental plants, follows a craze which translates into “gardens disconnected from local natural, urban and cultural realities, offering limited ecosystem services and little possibilities of human use”. Thus, the garden, whether public or private, whose imagery relates to the idea of ​​a refuge in the midst of routine, a place of rest, appreciation and health, often goes unnoticed. in the eyes of people or becomes an image to be enjoyed instead of a space to be occupied and lived in.

The planned and designed garden should be connected at different scales. First, gardens have the potential to be a space that has ecosystem services, which are benefits obtained from ecosystems that generate human well-being, which have been degraded due to the contemporary urbanization process. A garden can connect with local flora and fauna, responding to its natural biome, bringing benefits to both the environment and its users. Moreover, the gardens also represent an opportunity to experience local nature, to learn about seasonality, climate, fauna and flora, to re-establish the connection between human beings and nature, which has been lost in the urban environment. Finally, gardens are a space for people to use, promoting leisure and self-care activities that bring benefits to the physical and psychological health of society.

However, as Cardim points out in his book, certain design strategies need to be defined for gardens to reach their full potential. Here are four things to keep in mind when it comes to landscaping:

The native flora of each location is the result of thousands of years of evolution on planet Earth, responding to topography, climate, humidity, seasonality, and many other natural aspects. Landscaping projects, however, resist the study of the natural environment and the species of origin of each biome, often falling into the ease of buying the species available on the market without thinking too much about the impact that this can cause. , resulting in projects lacking cohesion with the local environment. Natural landscape. The gardens, often disconnected from the native flora, combine plants from the most different biomes, climates and regions of the planet, even in an almost imperceptible way, as in the case of the “tropical gardens” which, by their density and their remarkable diversity, end up using invasive other regions with similar characteristics. Aesthetics should not overlap biological requirements and definitions.

A selection of palms, in addition to other supporting species that have similar characteristics and a few other shrubs, arranged on a grass plane. These gardens filled with exotic plants are arid environments, without biodiversity, and almost without ecological role. According to Ricardo Cardim, the landscape market reproduces landscape compositions from all over the world based on the repetition of 15 species of the world ornamental plant market, which gives entire districts the continuous and monotonous landscape. This homogenization of the urban flora creates regions qualified as “green deserts”, in which invasive species impact the natural environment, causing damage to the environment but also to cultural identity.

The modern dry square continues to be replicated in cities as much as it is adapted to buildings, creating uniform low-density gardens with entire surfaces of stones and gravels, making maintenance easy and involving almost no interference in building. The problem of this practice is to know how to read the place and understand if its needs and natural characteristics allow the existence of this type of space, considering not only the landscape, but also its use. The same is true for the use of xeriscape Strategies, a methodology that aims to reduce the water consumption of the designed garden. Both start from arid places with low sunshine, which justifies these strategies, while in tropical regions where average rainfall and sunshine are higher, it is not necessary to apply the same solutions, at the risk of have an outcome that pushes people away and keeps them from enjoying the garden.

Contemporary landscaping often relies on strategies that seek to reproduce impressions of the imaginary past, such as the use of species with saturated colors, or even topiary techniques, which is the pruning of trees and shrubs creating geometric shapes or animals. These two strategies refer to European noble gardens, particularly French ones, and are linked to wealth and power. Similarly, another strategy is to reproduce thematic gardens inspired by other cultures. All of these decorative strategies mainly use non-native species in their configuration, in addition to detaching people from the real local natural environment.

Therefore, landscaping has great potential if, during the project, the local natural geography is recognized. The study of possible species to establish, with priority to natural species, a critical look at the ornamental plant market and, finally, the recognition of possible parties are necessary actions to design gardens made to be used, not only to be seen.